Thanksgiving is rich with descriptions of real locations throughout Louisiana… Here, a few you may enjoy… 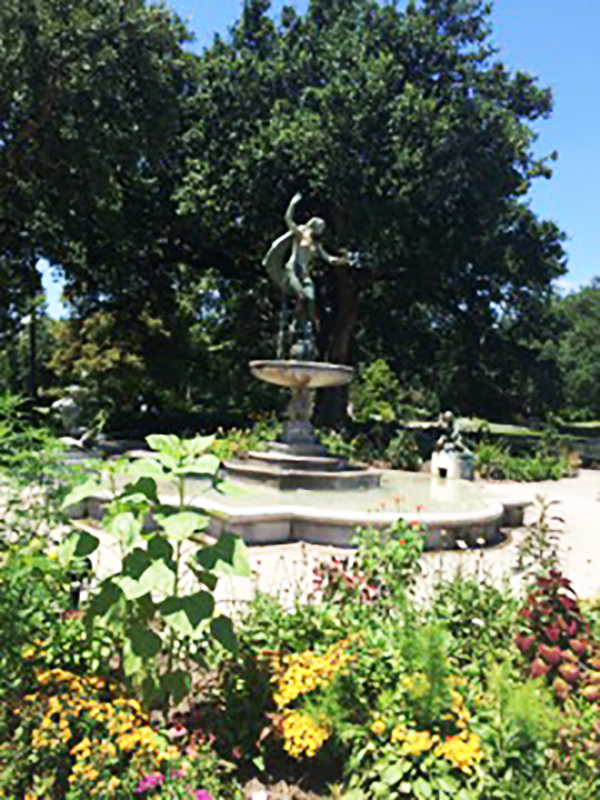 Springtime in New Orleans: the very atmosphere had thickness. You could try to walk into it purposefully, but it slowed you, pushed back at your arms and legs and torso, seeped into pores and follicles, condensed on skin and clothing.

I could walk from our house to the Napoleon Avenue library and read at a table in the old brick building, cool and quiet on a hot day. . . . So when Mama tells me that we are going back to the city, I know God has answered my prayers.

Sometimes, Memere and she would go on the streetcar to shop on Canal Street. They dressed up and wore gloves and had lunch in the restaurant at D.H. Holmes. 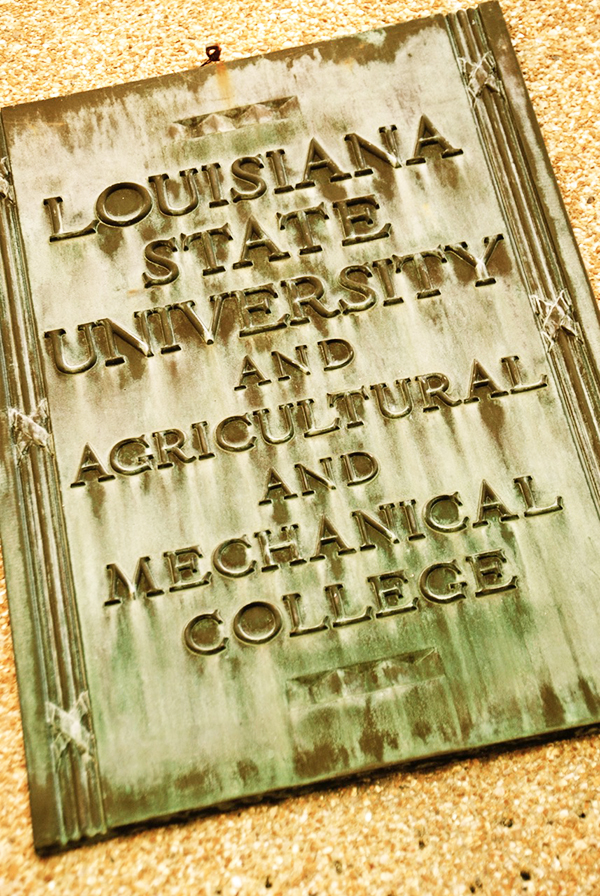 Since Heinie’s is her only class before noon, Mimi likes to use it to catch up on her sleep. She got a box of carbon paper that she keeps in her knapsack, handing me a fresh sheet and some loose leaf each Monday, Wednesday, and Friday so I can take her notes simultaneously with mine, saving me the trouble of loaning her my notebook. 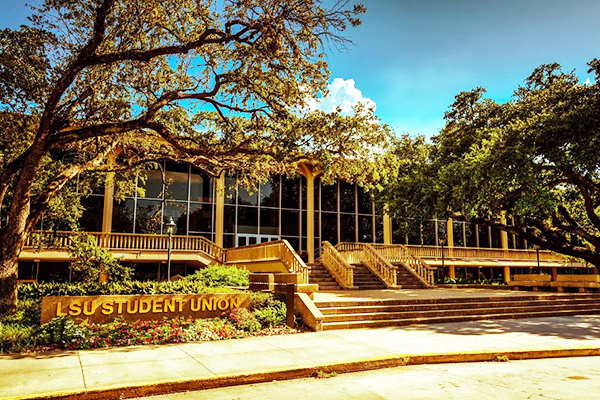 Maggie headed back to the Student Union, got a large coffee, and took it out to a sofa facing the Parade Ground to think. To calm herself; to start figuring out her options. 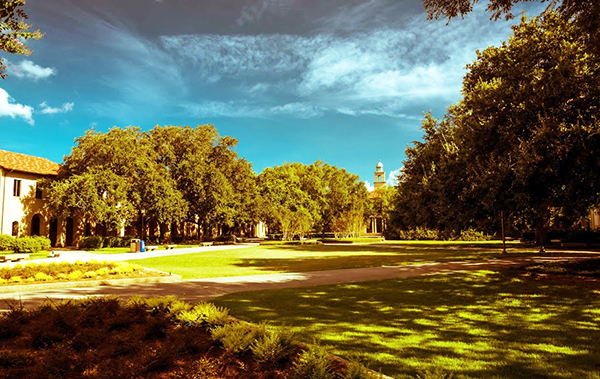 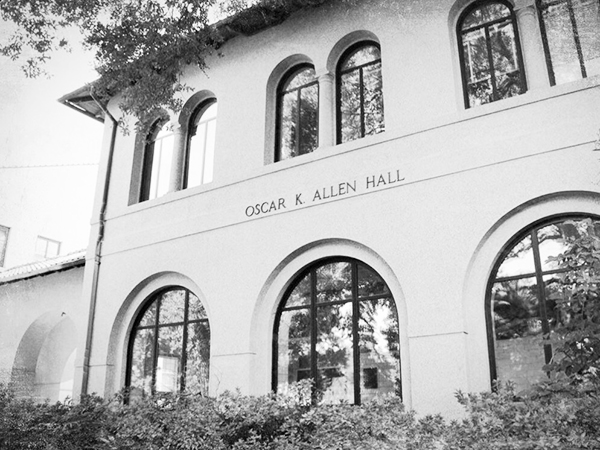 Allen Hall and the other buildings on the Quadrangle had wood floors and high ceilings and murals painted by artists from the Works Progress Administration. That was when LSU was the pride of the Kingfish—Huey P. Long, Louisiana’s governor in the 1920s and senator in the 1930s. 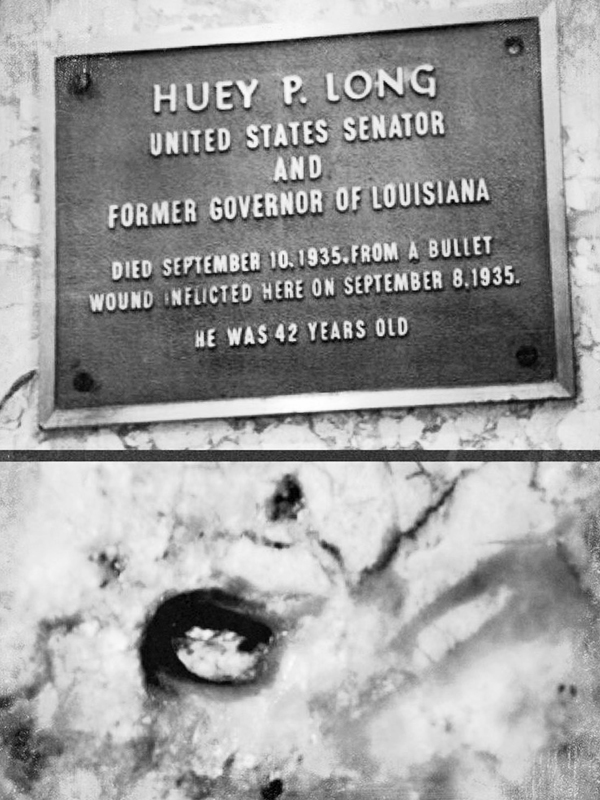 As I walk toward Heinie’s office in Allen, I think about the Kingfish and Willie Stark. I know, intellectually, that this Psych summons is probably no big deal, nothing at all, a misunderstanding. But my heart is heavy, as if I am walking through the State Capitol in 1935. 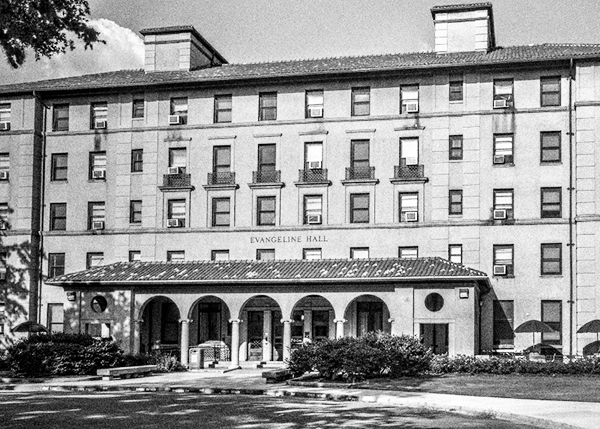 They had a Tom Collins before he drove her back to Evangeline Hall. They sat in his car and talked about psychology and politics and Vietnam until the flashing porch lights signaled curfew. 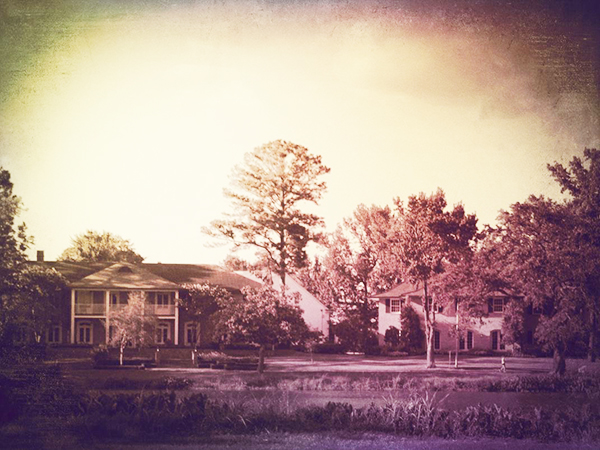 I feel like I have been knocked on the head, hard. I see spots and lights and if I wasn’t sitting, I think I would fall down. I hear Mimi prattle on as if she is far, far away, talking to me through a giant bottle of Aunt Jemima’s syrup. She keeps talking and all I can think of is Rick.

She reached her slim tan arm down to the water and splashed Maggie. “Now, I’ll be the top bride in the Sunday society section. I love weddings, don’t you?” 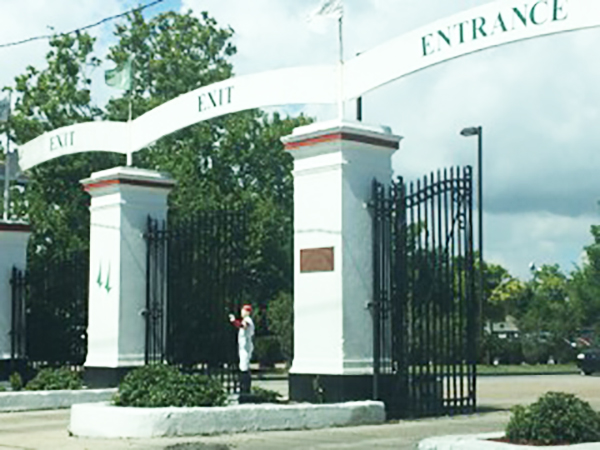 On Thanksgiving morning, Harry was headed out to the track early to give himself plenty of time to look at the field. He had a tip on a three-year-old in the seventh. 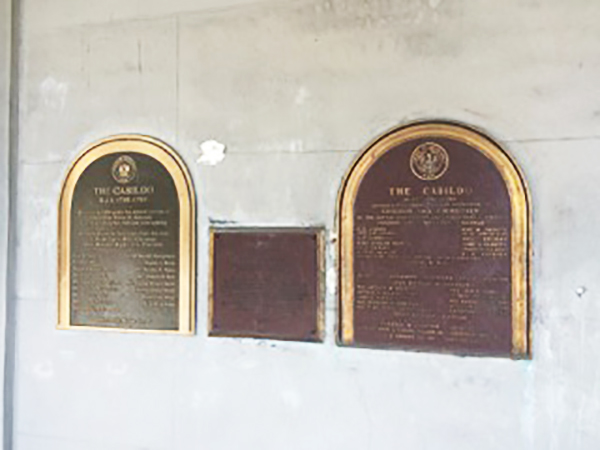 When President Jefferson bought the entire Louisiana territory from France in 1803, doubling the size of the United States, the papers were signed at the Cabildo. 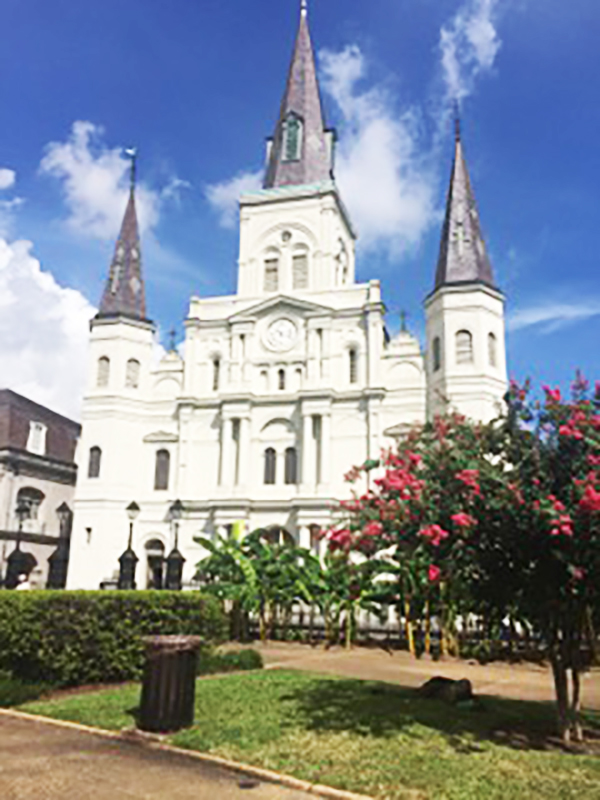 Musicians played for groups of tourists along the closed-off block of Chartres between Jackson Square and St. Louis Cathedral. 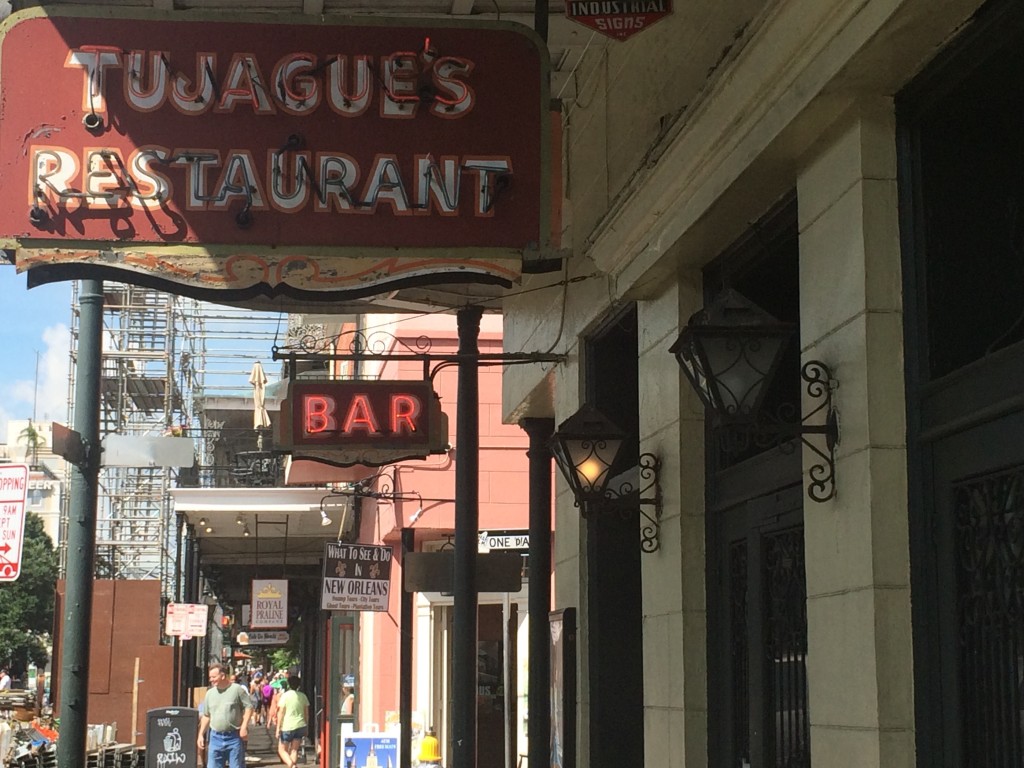 “You got to have the brisket with horseradish,” he said. “It’s the best thing on the menu.” 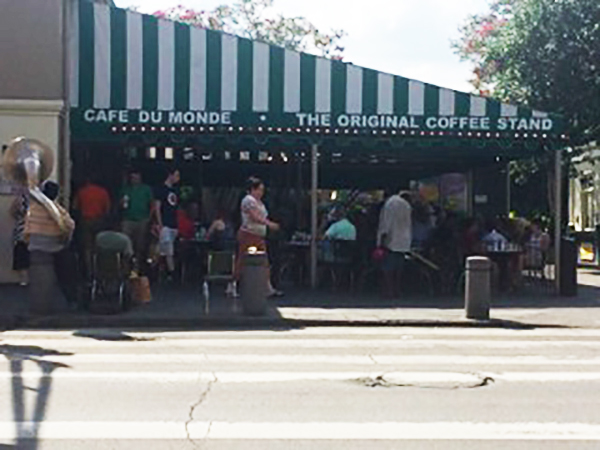 “I think we need some coffee,” Gabe said. They slowly crossed Decatur, Peg trying to avoid pebbles on her bare feet, to Café du Monde. 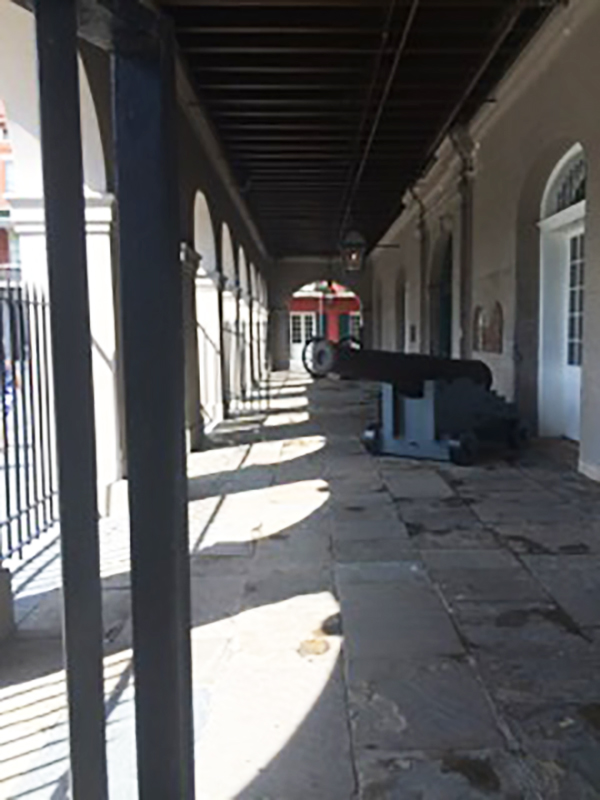 A thump on the porch awakened her: the morning paper, right on time at seven. When she opened the heavy bundle, it was all there: FIRE AT CABILDO! 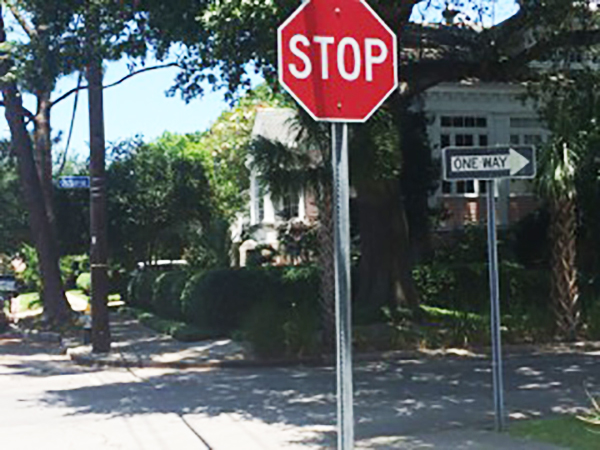 Mimi headed down the long hallway, its wide plank floors buffed to an unpretentious sheen under the threadbare Oriental runner. The wallpaper was the same gray floral pattern that had been there since before Mimi was born. Nothing ever changed on Octavia Street. 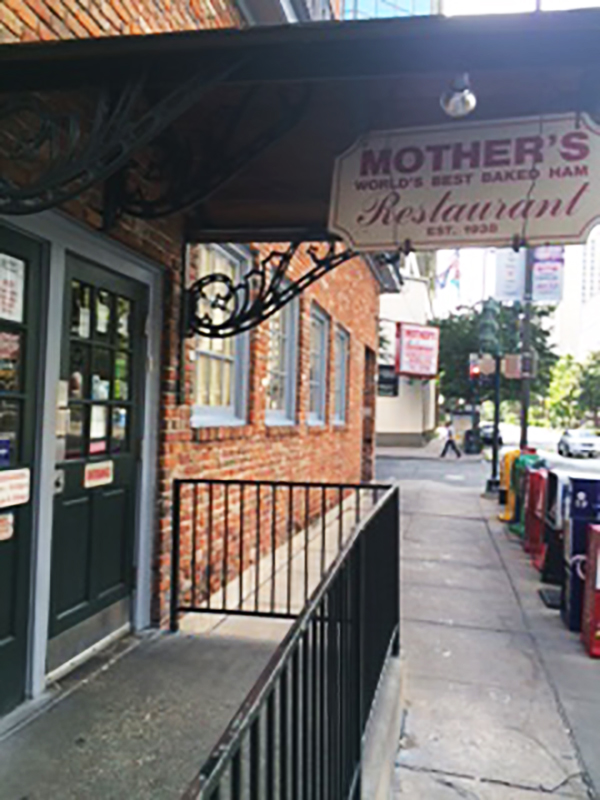 It started to sprinkle so they ran across Poydras to the grimy brick building that housed Mother’s Restaurant. 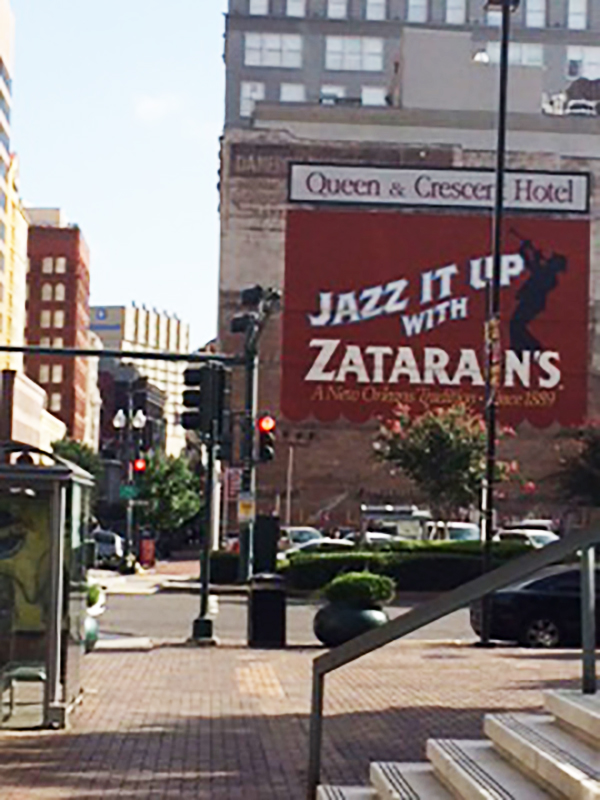 “Now that’s rich.” Emmaline took a sip of ice tea. “That man wouldn’t know the truth if it arrived at the Superdome on an Endymion float.” 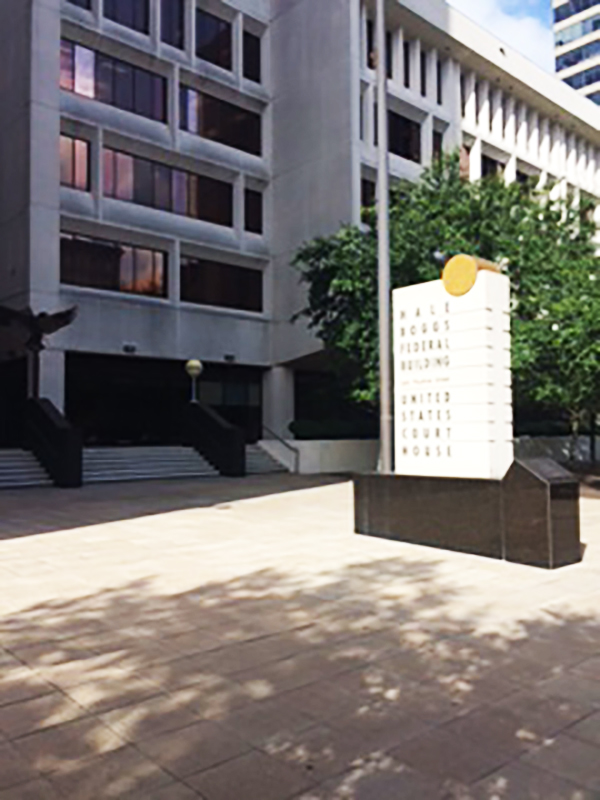 News vans from Channel Four and Channel Six were parked on the sidewalk. The camera crews rushed toward Emmaline. She had beaten the Establishment. This was her moment.

1 thought on “Scenes from Thanksgiving”