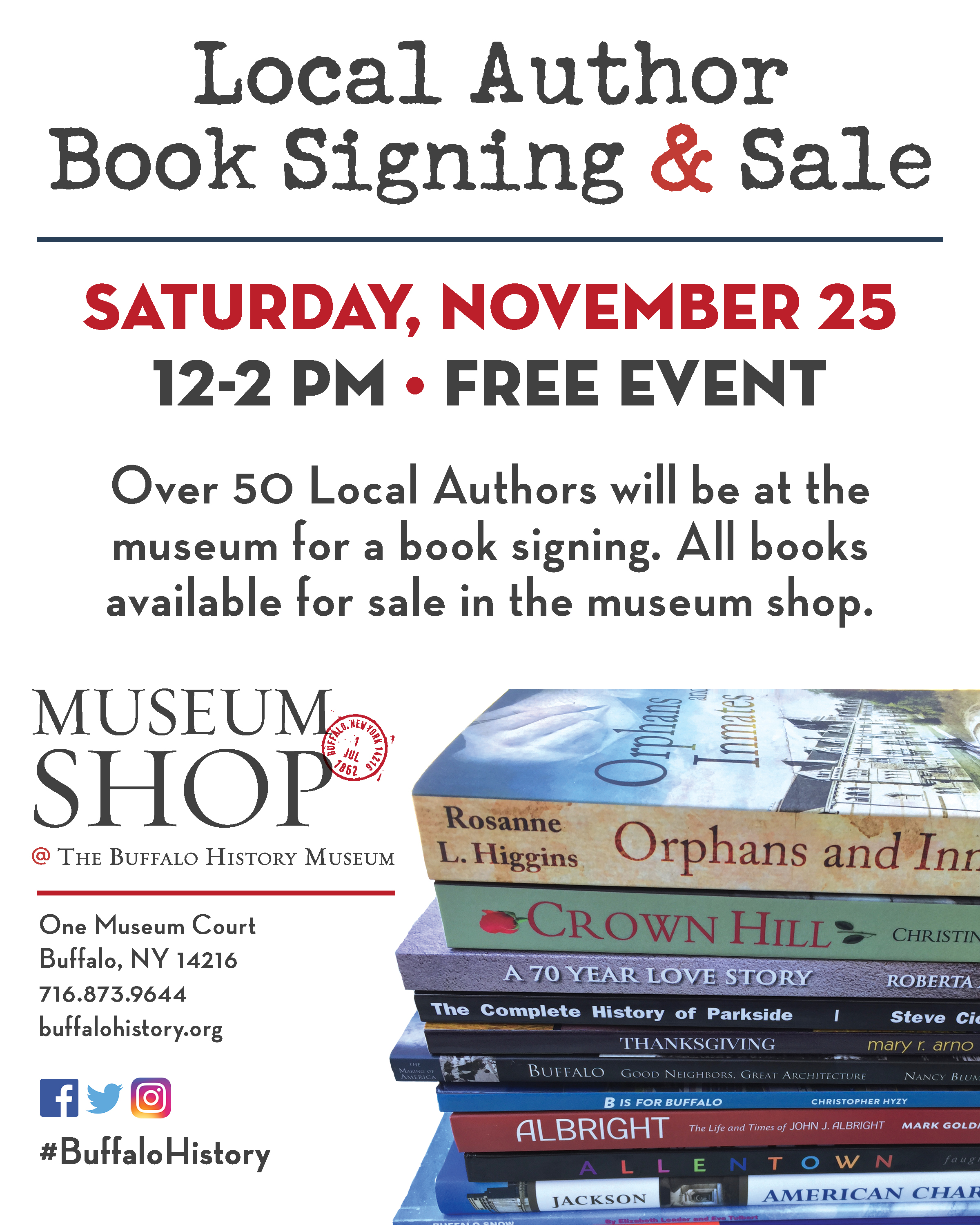 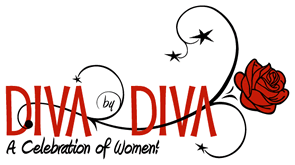 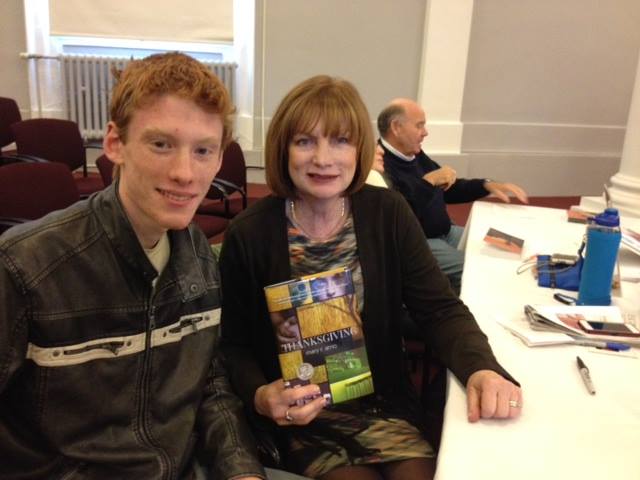 Mary’s son Warren Arno joined her at the authors’ table while John DiSciullo of WBBZ-TV shot pictures for a promo. 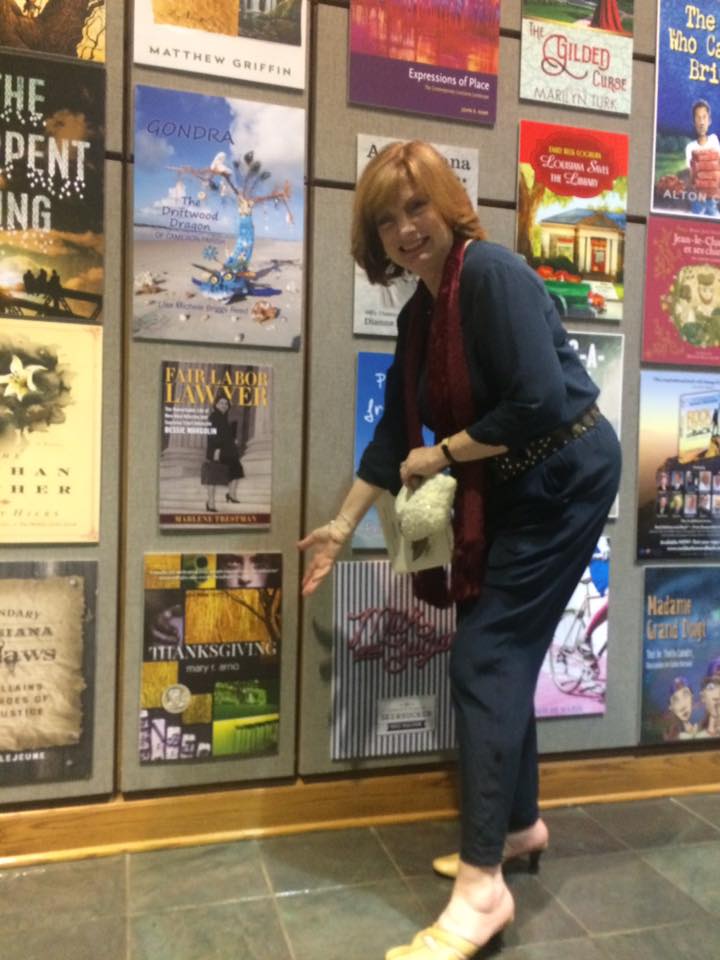 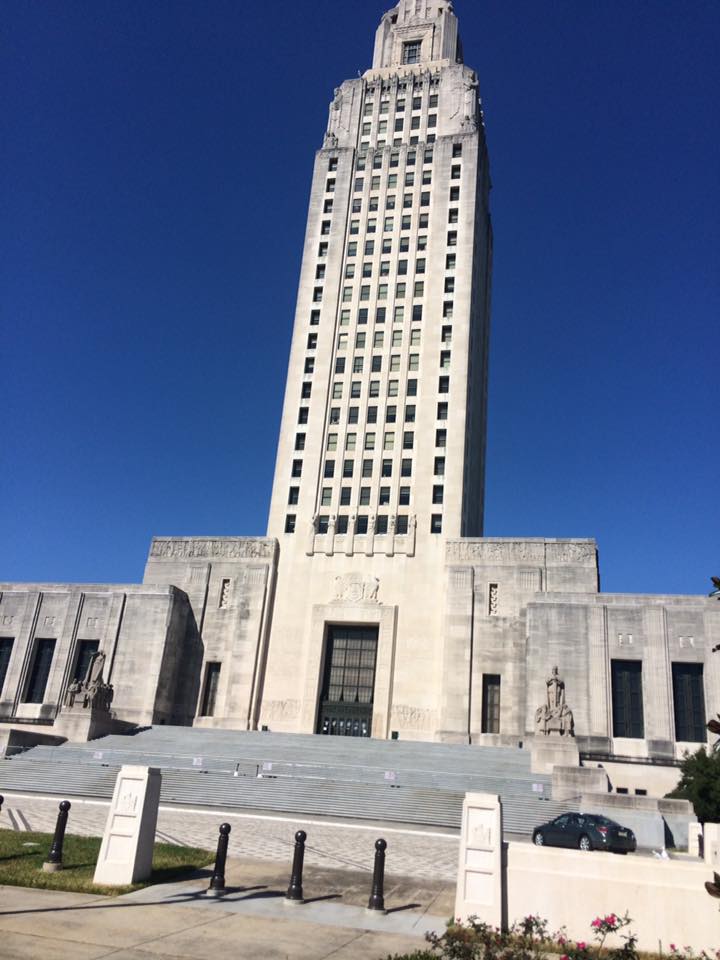 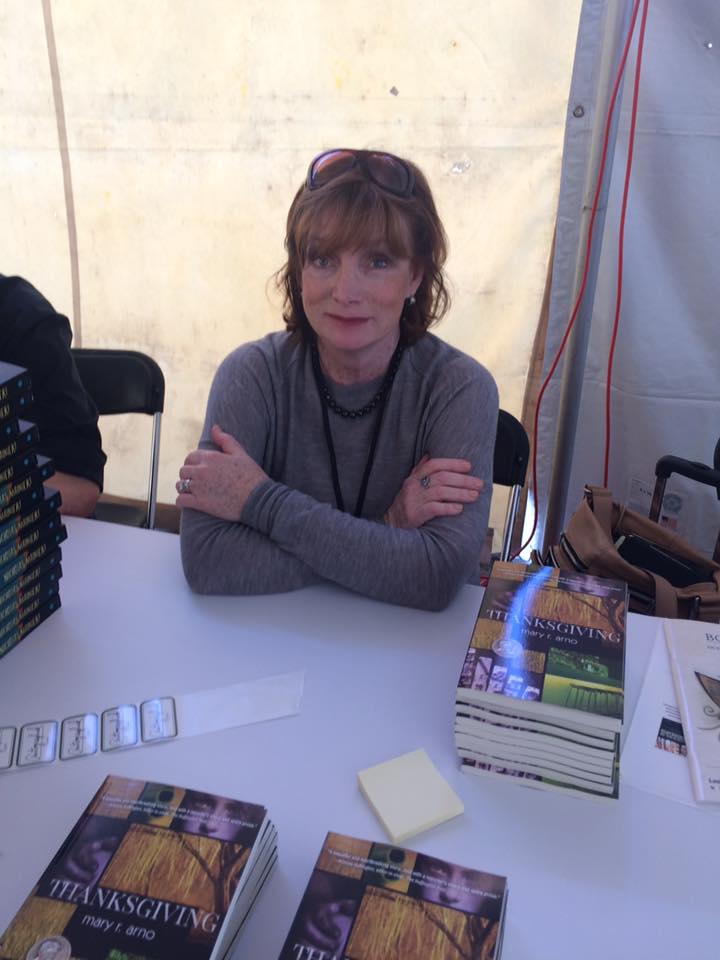 Thanksgiving was a featured novel, and Mary was on a panel with Nick Mainieri, author of The Infinite. She met with lots of authors–including P.M. LaRose, whose new novel in the Jim “Beers” Biersovich mystery series, Bet on Beers, was released in October–at the pre-opening reception in the Louisiana State Library. 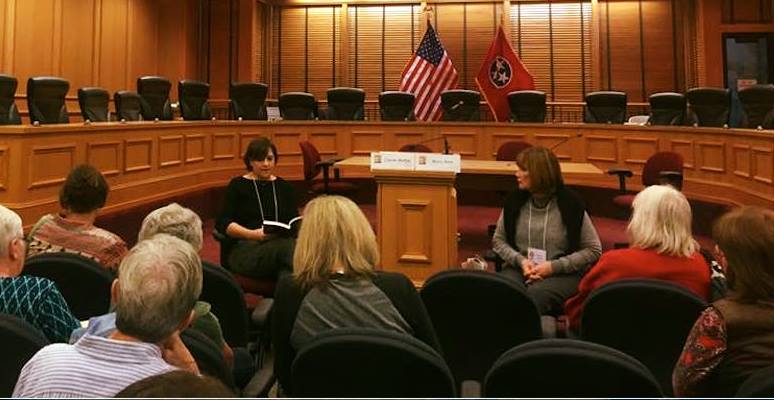 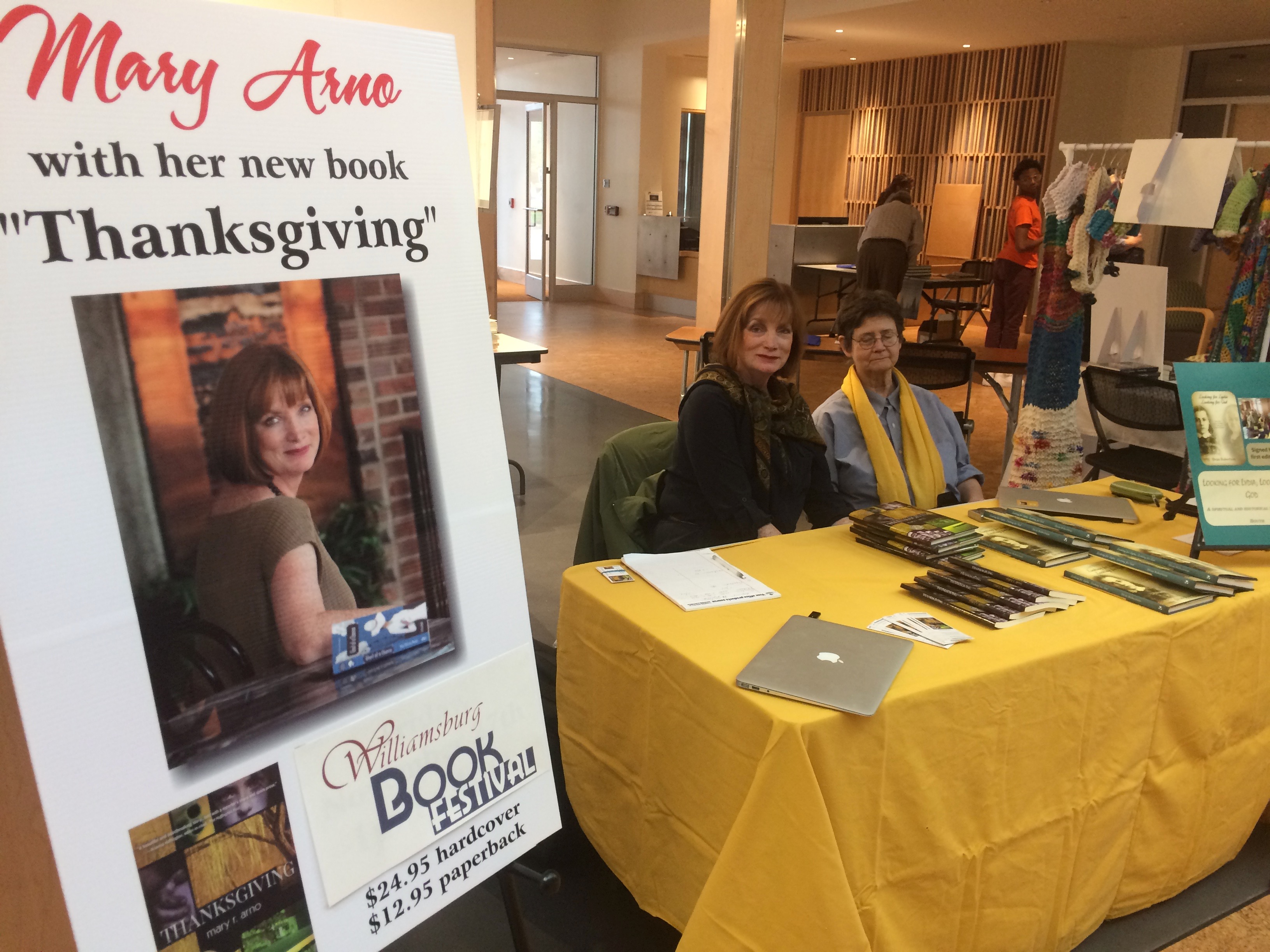 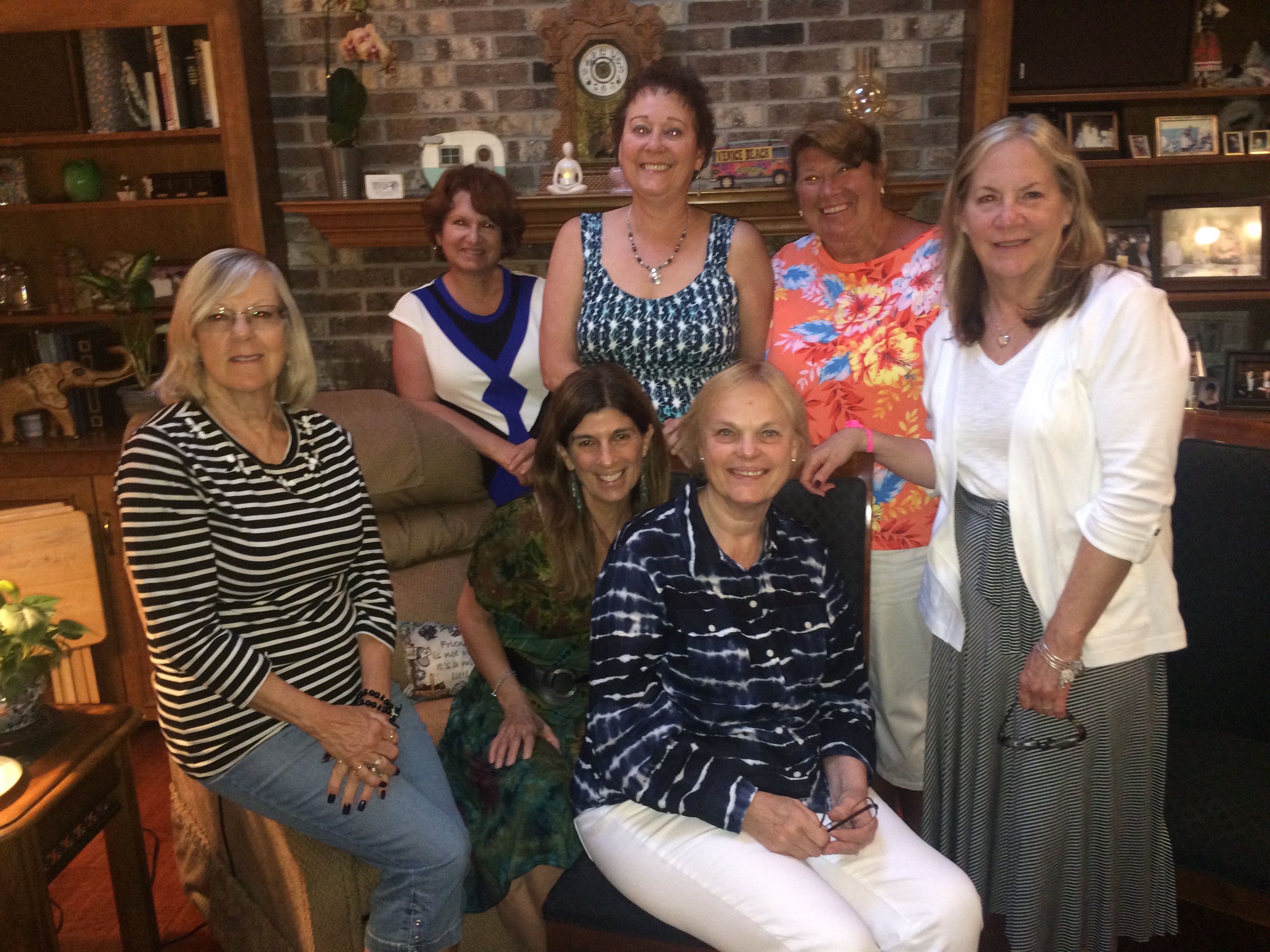 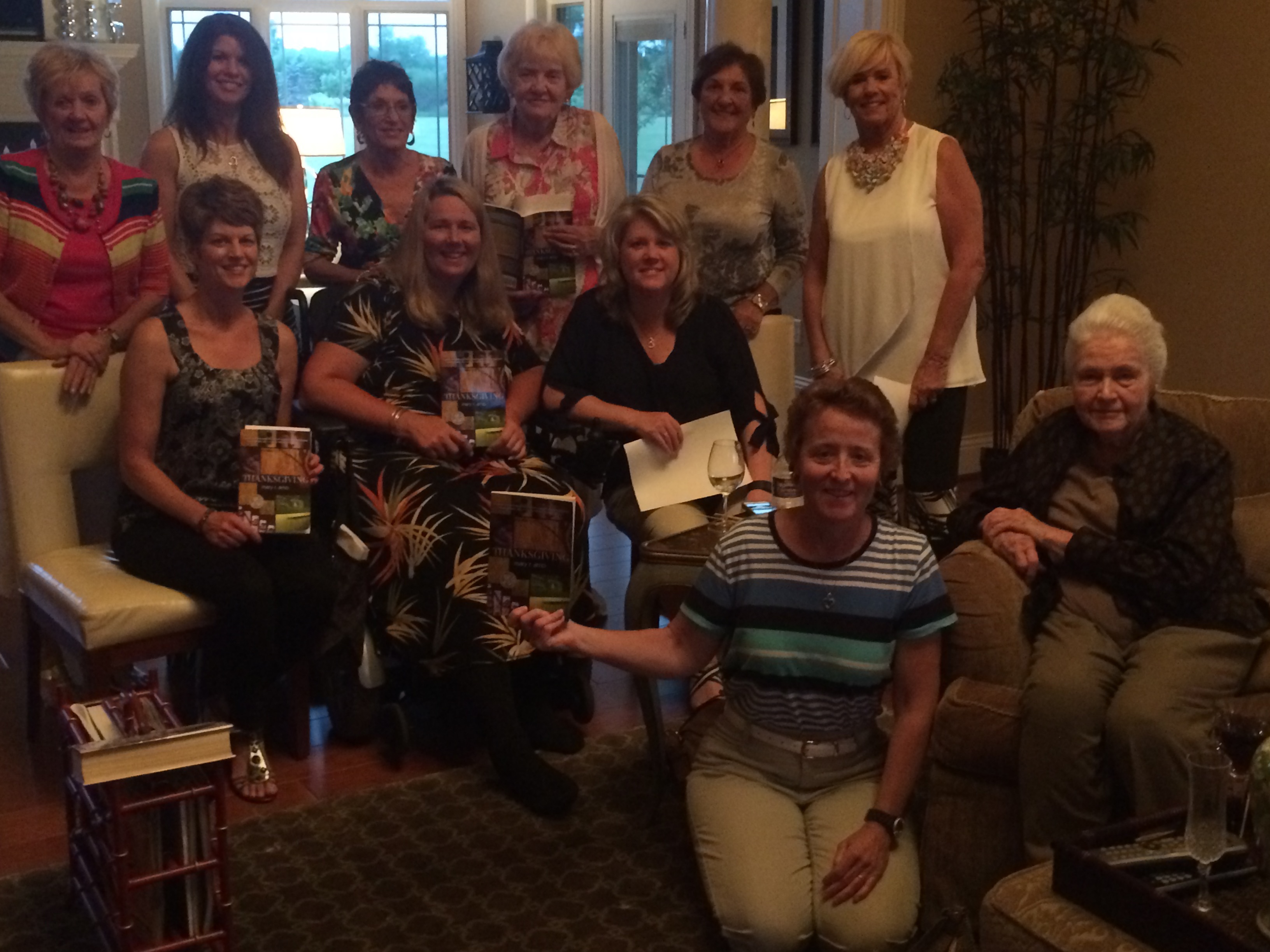 April 20, 2016: Six and a Half Ladies Book Club, East Amherst, New York
Whew! The half lady is temporal, not corporal; she lives in Florida half the year.
No corpus delicti in the group. 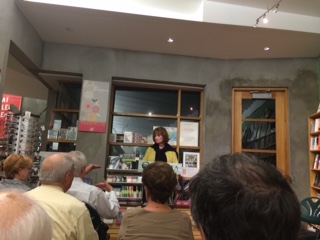 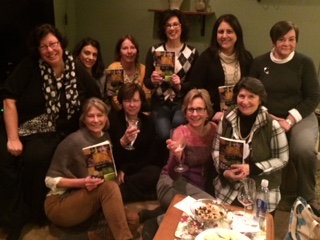 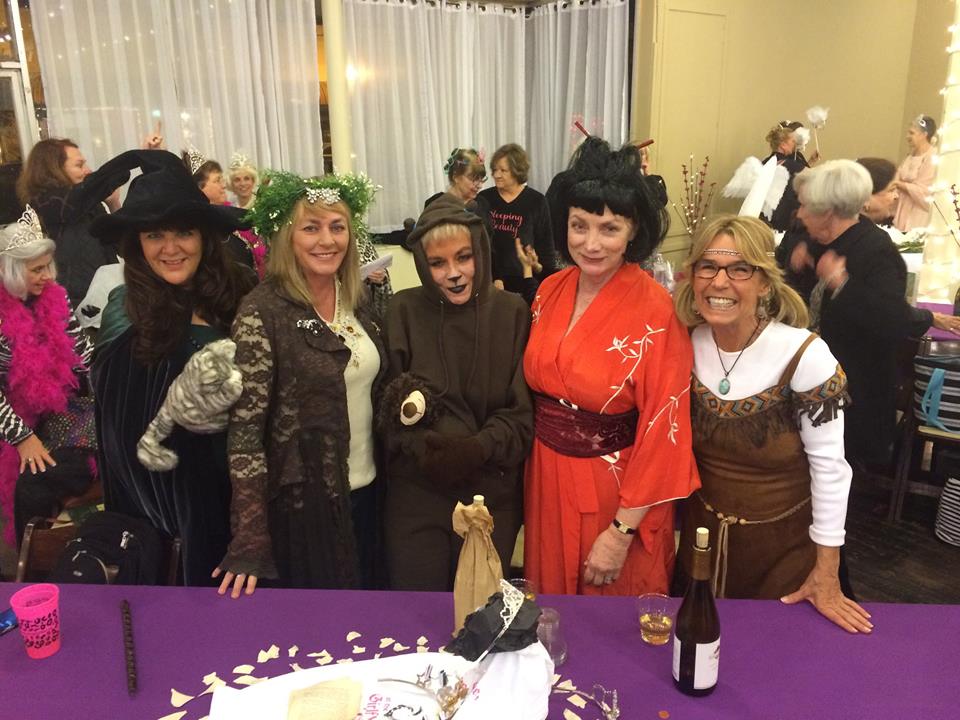 The Pulpwood Queen herself, Kathy L. Murphy, hosted some amazing authors including  Kathy Hepinstall Parks and Becky Hepinstall Hilliker, real-life sisters and authors of the “Sisters of Shiloh” historical novel–what a show those two put on! For the Big Fat Ball of Hair finale, Mary–Chiyo from Memoirs of a Geisha–poses with authors Shari Stauch, Kat Varn, Bren McClain and Pattie Welek Hall, all Charleston, S.C., Pulpwood Queens.

Meeting readers and book lovers over the 2015 Thanksgiving Holiday 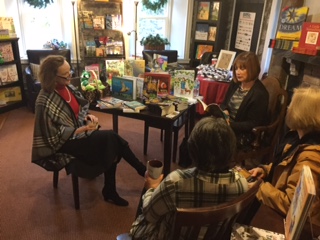 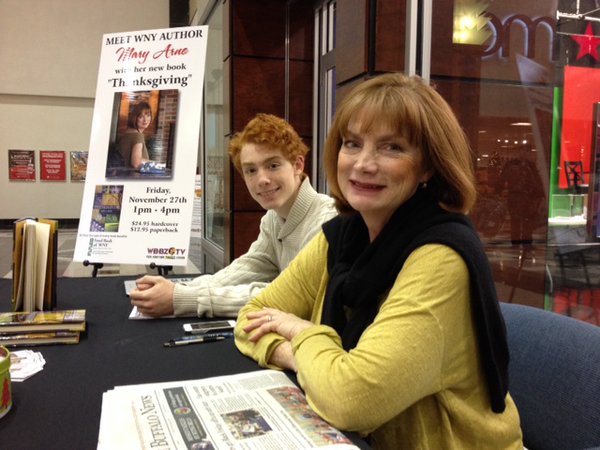 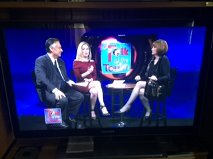 Talk of the Town
WBBZ-TV Buffalo
Mary talks about Thanksgiving with cohosts Phil Arno and Kim Piazza. View the 13-minute segment on You tube.

Book Signing Benefiting
WNY Food Bank
WBBZ-TV Studio One
Eastern Hills Mall
1-4 p.m.
Mary will sign copies of
Thanksgiving at the studio
near Macy’s, with $2 from
each sale going to the
Food Bank of Western
New York. 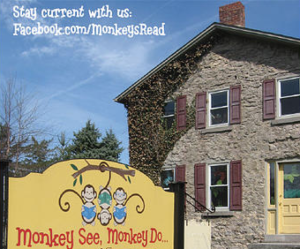 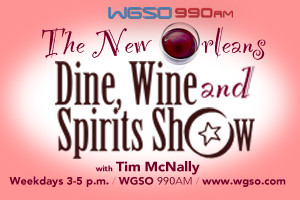